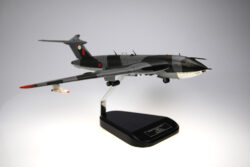 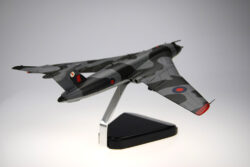 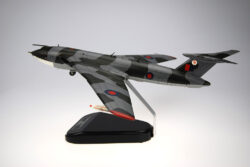 Handley Page Victor K Mk1A XH648
XH648
57 Squadron
Royal Air Force
The Handley Page Victor was the third and final of the V Bombers operated by the Royal Airforce during the Cold War. Retired from its nuclear role following the discovery of cracks in the fuselage caused by low level activities, the Victor was convertted into aerial refuelling tankers. Victor Tankers were notably used to re-fuel Vulcans on their way to and from the Falklands on the Black Buck Raids

Be the first to review “Victor MK1a XH648” Cancel reply