The Supermarine S.6B is a British racing seaplane developed by R.J. Mitchell for the Supermarine company to take part in the Schneider Trophy competition of 1931. The S.6B marked the culmination of Mitchell’s quest to “perfect the design of the racing seaplane” and represented the cutting edge of aerodynamic technology.
The last in the line developed by Supermarine, it followed the S.4, S.5 and the S.6.1 Mitchell and his team’s experience in designing high speed Schneider Trophy floatplanes greatly contributing to the development of the later Supermarine Spitfire, an iconic fighter and Britain’s most successful interceptor of World War II

Be the first to review “Supermarine S6b” Cancel reply 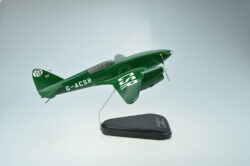 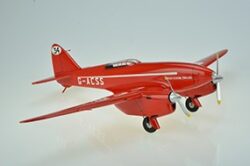