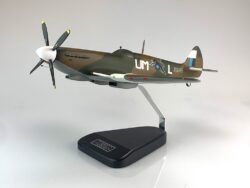 Supermarine Spitfire VC ,BS181/DL-Y,54 Sqn RAF, Wg Cdr Bob Foster DFC AE Wing Commander Bob Foster was one of the heroes of the Battle of Britain, flying Hurricanes and Spitfires with 605 Squadron. He was credited with destroying and damaging a number of enemy aircraft; later in the war he destroyed at least five Japanese aircraft while flying from airfields in northern Australia.

Be the first to review “Spitfire Mk VIII” Cancel reply 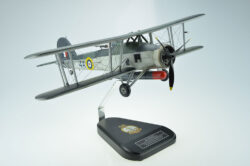