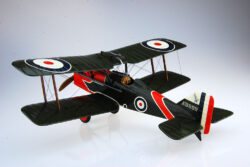 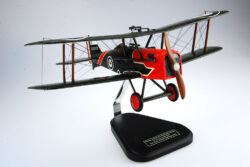 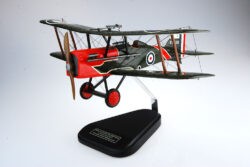 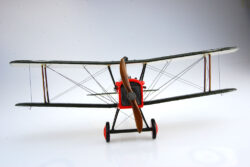 Built by the Royal Aircraft Factory at Farnborough as the first machine in the second production batch of S.E.5s for the Royal Flying Corps, A8898 was ultimately fitted with a 200 h.p. Hispano-Suiza engine to become an S.E.5a, the definitive variant of the nimble fighter, dubbed the “Spitfire of World War One”. By 1917 A8898 had joined No 56 Sqn and had become the personal mount of 44-victory ace Albert Ball VC DSO & 2 Bars MC, who had distinctive scarlet markings added, plus a fern symbol applied to the fin. Sadly, Ball was killed flying an S.E.5 on May 7, 1917, when he entered a storm cloud after a skirmish with German fighters and lost control of his aircraft.

Hand-carved in sustainable kiln-dried South East Asian Mahogany, this splendid  1/20th-scale model of A8898 has a span of 49·5cm, a length of 30·48cm and incorporates numerous details, including Ball’s colourful markings (including fern symbol on the fin), interplane and tail bracing wires, scarlet wheel covers and a Lewis Gun mounted on the top wing. Other details include an accurately rendered instrument panel and control column with spade grip. The inscription on the optional base reads:

Be the first to review “SE5A” Cancel reply 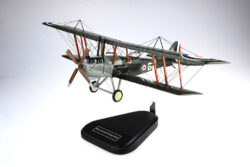 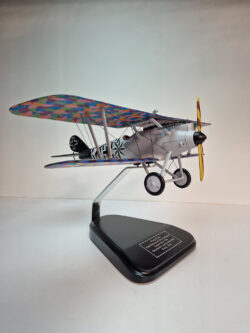 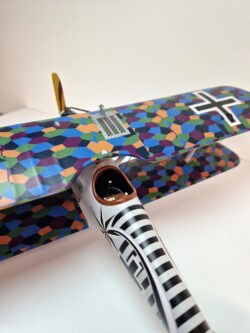