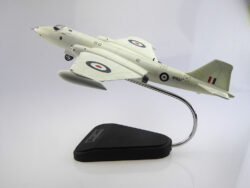 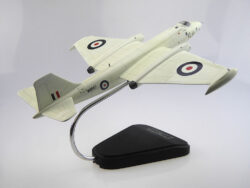 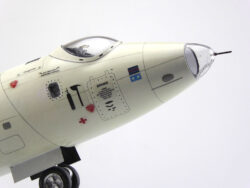 Only 1 left in stock

RAF Khormaksar, Aden
This aircraft was used by Air Vice Marshall Lee when he was in command of RAF Khormaksar in Aden.
The aircraft was piloted by Sqn Ldr Mike Hawkins and he has kindly signed the bases of each of the models.
Sqn Ldr Hawkins had a distinguished military and civilian career seeing him fly 22,000 hours around the globe